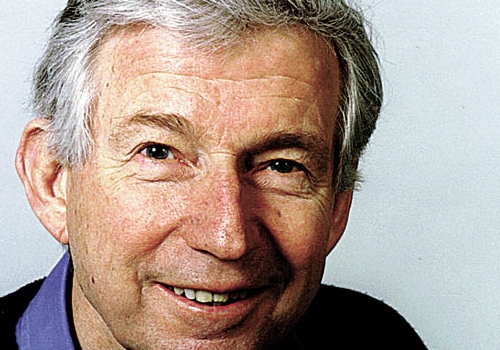 ROUNDHOUSE philanthropist Sir Torquil Norman has told council chiefs to “go back and do some homework” in a fulsome condemnation of a plan to build a flagship mental health super-­centre in Kentish Town.

Sir Torquil said plans to shut and sell four mental health centres would be a “disaster” and the “wrong approach”.

The “uncosted and financially opaque” scheme was “totally unsatisfactory”, he added.

The business and arts guru was speaking at a public meeting in Kentish Town Library on Tuesday evening to discuss Camden Council’s development plan for Greenwood Place.

The plan is to merge services at the Netherwood Centre, in West Hampstead, the Raglan, in Kentish Town, and day centres in Highgate and Shoot Up Hill, Kilburn, under one roof at a massive building in Kentish Town.

Sir Torquil, who cared for his wife, who had Alzheimer’s, for 10 years, told councillors: “You should be thinking more positively about your centres, especially ones built so recently as Netherwood.

“It would be far better to keep Netherwood open and use it to train people to look after people with Alzh­eimer’s.

People with Alzh­eimer’s need special care. Centralising anything of that sort is a mistake.”

In bizarre circumstances, police officers and senior council security officials guarded the entrance to Tuesday’s meeting following concerns that “the Trots were coming” and that “chairs might be thrown around” in the children’s area of Kentish Town Library.

The extra security proved unnecessary as 80 to 100 people – including many victims of mental health problems, carers or staff – voiced strong concerns over the threatened centres.

He said the council owned £3.4billion of assets, some of which could “work better for taxpayers”. He added that there was “no cavalry charging over the hill” and that it was time “to take our destiny in our own hands”.

Without modernisation of its buildings, the council insists, vulnerable people could choose to “buy” care from centres outside Camden.

Highgate day centre manager Tony Creedon told the meeting: “I would really like the councillors thinking of demolishing Highgate to come and see it. It is a seriously busy place.”

Three mental health patients had already been admitted to a crisis house in Belsize as a result of the consultation, the meeting heard.

Staff and carers questioned a decision to introduce a means-testing system for adult social care and also to charge those receiving disability living allow­ance to use day centres such as Highgate.

One staff member, who did not give her name, added: “It means they won’t be able to afford to go to at all or as much as they did before – it means we are speaking about building something no one will be able to use.”

Cllr Callaghan, a former nurse, told how her father was incarcerated in a mental health asylum for 50 years.

“At Camden we want to listen to people. We are not councillors who sit about with our heads in the sand,” she added.

We are going to need more and not less of these vital centres. To merge them is to make themmore difficilt to manage and lose the personal touch which is vital in the care of vulnerable patients.
This a serious false economy that will see some patients ending up in hospitals that can ill afford to lose more space to the elderly.