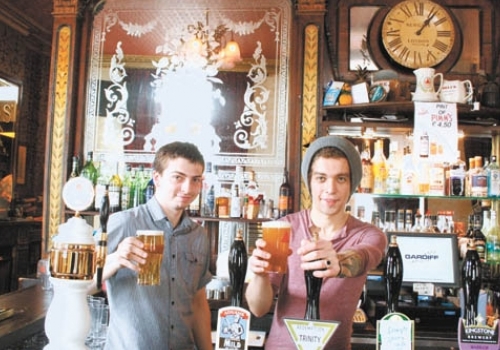 IT narrowly escaped being turned into a block of flats 10 years ago but now one of Kentish Town’s most popular pubs is celebrating winning a coveted award.

The Pineapple in Leverton Street has won Camra’s North London Pub of the Year prize.

The Campaign for Real Ale awarded the same gong to the pub in 2010 and under the rules it was therefore exempt last year from entering.

Manager Simon Rennie said: “Over the past years, we’ve built up a strong support network.

"We organise charity events, vintage markets, comedy festivals and so on.

"There’s something on every week, anyone can find something they enjoy here.

He added: “The property was bought up by a developer and was set to be converted into flats.

“The locals rallied to keep The Pineapple open and managed to make it a Grade II-listed building.

“We’re listed now so The Pineapple is probably going to be around for at least a few hundred years.”