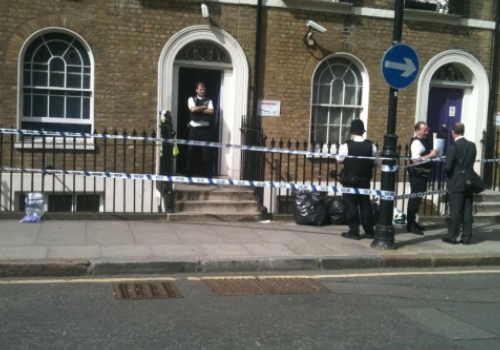 A COMMUNITY care psychiatric patient has been locked up indefinitely for killing a fellow King's Cross hostel resident who had only shown him kindness, it can be revealed.

An Old Bailey judge heard how the killer had been admitted to mental hospital on 16 occasions since 1991 for his "increasingly aggressive behaviour". Marvin Bailey, 43, heard voices, had paranoid ideas and hallucinated, said prosecutor Sarah Whitehouse.

After six years of continuous inpatient treatment doctors released him in 2010 and he was later housed at the Community Resettlement Project in Argyle Street. The hostel, run by One Housing Group for Camden and Islington NHS Foundation Trust, was a safe haven for Badi Salam, a 35-year-old schizophrenia sufferer who befriended Bailey.

Judge William Kennedy was told that the two men appeared to get on well together, but Bailey was affected by a history of drink and drug abuse going back to his teenage years. He exploded with savage violence on the evening of May 12 last year and repeatedly stabbed Mr Salam in the hostel kitchen as a care worker looked on, powerless to intervene.

Ms Whitehouse said: "Mr Salam shared his hand-rolled cigarettes with Bailey and another resident. Bailey appeared to be behaving normally and there were no apparent problems. He told his care worker that he had been drinking and needed a coffee to clear his head. He was then seen chatting in Mr Salam's bedroom and appeared calm."

But seconds later the care worker heard Mr Salam shouting: "Please, Marvin, don't."  The victim was on the kitchen floor with Bailey over him with a knife. "There was blood all over," said Ms Whitehouse.

The carer watched in horror as Bailey plunged the blade into Mr Salam before fleeing from the building. He ran past the Dolphin pub and went to the nearby home of a friend, confessing to him: "I've just shanked someone. I think I killed him."  He gave no rational explanation for the fatal attack.

Following his arrest Bailey was interviewed by two of the country's most eminent psychiatrists who reported that his accountability for the death was substantitally impaired. Bailey admitted manslaughter and his denial of murder was accepted due to diminished responsibility.

Judge Kennedy ordered him to be detained in a high-security hospital "without limit of time" due to the threat he poses to others.