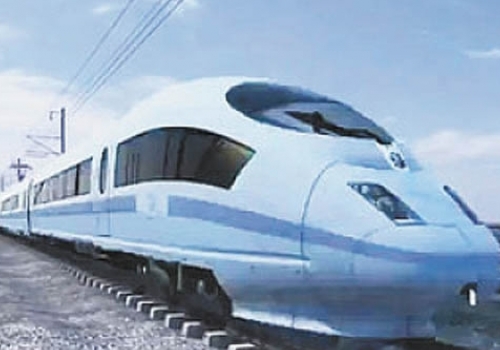 THE multinational company tasked with planning a demolition project for an area 17 times bigger than Arsenal’s football stadium held a series of exclusive meetings with senior Tory politicians – including the Prime Minister at Downing Street – before winning the contract.

Arup Ltd was chosen this month for the £10million job of drawing up plans to bulldoze a huge section of Euston and Regent’s Park as part of the High Speed Two rail development.

The transformation would be “the biggest of any kind ever seen in London”, HS2 chief engineer Professor Andrew Naughton revealed last week.

Arup is set to collect hundreds of millions of pounds of taxpayers’ money if the project goes ahead.

Alison Munro, chief executive of HS2 Ltd, the company set up by the Department for Transport to award the contracts indepen­dently, said Arup was chosen following a “comprehensive selection process” that a spokesman added was “transparent”.

But campaigners say the decision to appoint Arup has been cloaked in secrecy: no details of the bid or the criteria HS2 bosses used to hire the company ahead of others have been made public, they claim.

There is no suggestion that Arup has acted in an improper way.

But eyebrows have been raised about the possible role of the lobbying system in the HS2 project and how the government does its business.

Back in 2009, Tory shadow transport minister Theresa Villiers told an Arup conference on high-speed rail that the firm was an “extraordinary company” that succeeded “against all odds in winning an impossible battle” to design the Eurotunnel high-speed rail link in the 1990s.

In January, Arup UK chairman Robert Care said he was “cautiously confident” about winning more HS2 contracts in the future.

Stop HS2 campaign co-ordinator Joe Rukin said: “Questions really have to be asked about Arup, especially as they were the only firm Cameron mentioned in his infrastructure speech last week.”

In a speech at the Institute of Civil Engineering Mr Cameron said firms like Arup worked “miracles in steel and glass”.

Arup, with headquarters in central London, has 92 offices across 37 countries and has overseen major projects such as the London Eye and the Millennium Bridge.

It was named as one of seven companies on a Department for Transport shortlist after meeting requirements in a tender, launched in October 2011, through the government’s Professional Services Framework.

According to a contractual notice, published in the Official Journal of the European Community last October, any company bidding to HS2 Ltd must have a turnover of at least £40million.

Arup is the only company to be named in three of the four lots – making it the most likely to win contracts in the future.

The scale of the HS2 development, revealed by Professor Naughton last week, has shocked campaigners.

Mr Rukin added: “Camden Council had been convinced that the reason for HS2 coming to Euston instead of terminating at Old Oak Common was simply a land grab to provide a cash cow to help pay for the programme and now their fears have been confirmed.

“A development 17 times the size of the Emirates Stadium definitely didn’t appear in the sham whichwas the public consultation.”

A HS2 Ltd spokesman said: “Four companies were invited to bid for the contract to design a new high-speed rail station at Euston.

Arup was selected as they had the best value-for-money bid in terms of their design approach, their organisation, key staff and price.

“All HS2 Ltd contracts are awarded following public body procurement rules based on the principles of equal treatment, transparency and non-discrimination.”

Colin Stewart, Arup’s rail director, said: “The redesign of Euston Station is a hugely exciting project for us, which builds on our work for HS2 Ltd over the last two-and-a-half years in developing route options and assisting with public consultation.

“We are looking forward to using our transport infrastructure expertise gained over many years of working on projects, including St Pancras International, Crossrail and King’s Cross.”