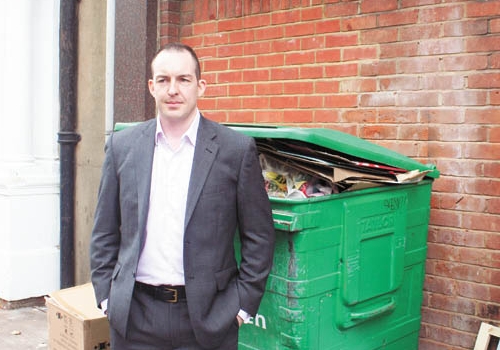 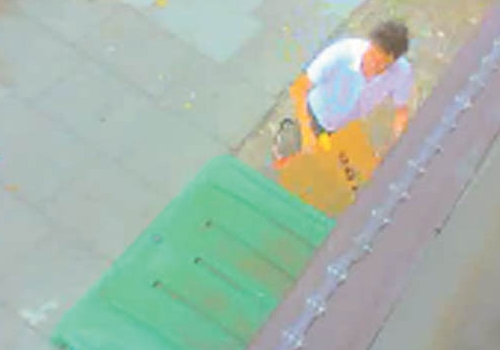 FLY-TIPPERS have a new adversary after a victim of casual litter disposal set up a 24-hour “BinCam” capturing offenders on camera.
Over the past month, pedestrians in West Hampstead have been unwittingly caught dumping nappies, sofas, old chicken and a pram.
The “BinCam, West Hampstead”, as its owner William Robertson has dubbed it, is trained on a particularly messy Camden Council bin in Fawley Road. It records every careless chewing-gum chuck and furtive DIY dump all day, every day.
A still image is taken every minute and uploaded to BinCam’s live website so other concerned waste wardens can constantly monitor the situation.
Mr Robertson, 33, said: “There were two weeks just over a month ago where there was rubbish everywhere, people were dumping it all the time and that was really the crunch point.

I mentioned it to someone at work and they said there was no point telling the council and that I should record evidence of the rubbish.

“I didn’t want to hang around all day taking pictures of rubbish, so BinCam was born to do the work for me.”
The website features a wall of shame for the worst offenders and a “BINCON” scale tracking the bin throughout the week, from “BINCON 5: Bin lid is closed. No rubbish on street”, through to “BINCON 1: Bin is overflowing and some clown dumped a sofa”.
Videos of the worst mess makers – and some bin heroes – are also uploaded daily.
“It started with just the pictures,” said Mr Robertson, who works at a City bank, “and then it had videos, stories, the hall of shame – people wanted more and more. I’ve had requests for night vision, for HD images, for a rolling video.”
Most recently, Mr Robertson, who is originally from Shetland in Scotland, has been following the paths of the “Night Plonker” and his nemesis the “Bingilante”.
The “Night Plonker” has returned to the bin twice in as many weeks wearing different brightly coloured T-shirts and fly-tipping on both sides of the bin.

However, a few minutes later a passing Good Samaritan decides enough is enough – and cleans up the mess.

Mr Robertson wrote on his blog: “He is well disguised in a red hat and sunglasses, but dedicated bin fans should recognise him as the original Bin Hero from a couple of weeks ago, whose actions we will forever salute.
“It’s pretty clear to me that this is a man who has had enough and who has now turned Bingilante, attempting to hunt down the Night Plonker’s address. Sorry mate, I checked already and it’s not there. I’m sure this isn’t the last we’ll see of the Bingilante.”
BinCam has fast become more than an evidence-gathering exercise – all walks of human life have been recorded on the camera and Mr Robertson’s colleagues were soon displaying the website on a huge screen at the office.
“Everyone is addicted to it – my friends, my colleagues,” he said
“The psychology of the bin and dropping rubbish is really interesting – like the coffee cups effect. People wouldn’t normally dump a coffee cup, but when one person dumps one sort of rubbish, people think that it’s OK to dump it.”
• The site can be seen at www.bincam.blogspot.com

FOR GOD SAKES - CANT YOU EVEN PICK YOUR NOSE IN PRIVATE ANYMORE, WHO THE HECK DOES THIS DUDE THINK HE IS - I ACTUALLY FOUND HIM ON YOU TUBE - HERE HE IS http://www.youtube.com/watch?v=GaQhXsmsT48

Loving BinCam... lets see if the council do anything...