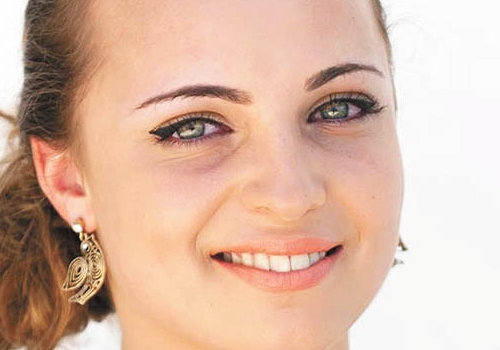 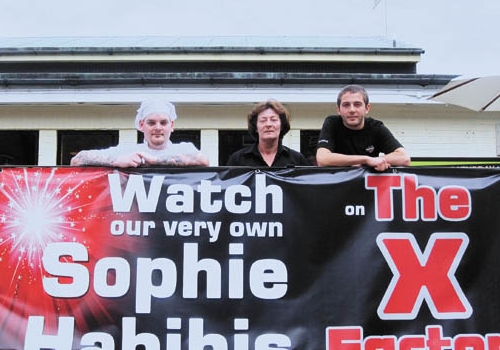 SHE has spent the past year pulling pints in her local, but now Sophie Habibis is pulling in the viewers on TV’s most popular talent show.

Staff at the Whittington Stone on Highgate Hill have a special reason to root for X Factor finalist Sophie – they used to work with her.
Regular punters were the first fans of the 19-year-old from Tufnell Park and after hearing her turns at karaoke they urged her to give the show a go.
Sophie has now reached the final 16 of the process and recently spent time in Miami with her mentor Kelly Rowland.
“She used to sing here on our karaoke Fridays,” said Whittington Stone assistant manager Jason Case, 23.
“It’s been on in here on the televisions and every time she comes on we would turn around and look at each other and smile because it was like, ‘look there’s Sophie’.
“I was nervous for her but we all knew that the judges would love her anyway, because we all do, so it would be unus­ual if the judges didn’t.
“She’s pretty gutsy, you have to be to go on that, but we knew she’d get far, otherwise we wouldn’t have told her to go on there.
“It was a way out for her, singing I mean, because it was a way to get her out of here. She didn’t want to spend the rest of her life pulling pints.”
Sophie is a former pupil at Acland Burghley School in Burghley Road, Tufnell Park, which has a long history of youngsters going on to musical stardom – Eddy Grant, Ms Dynamite, Akala and Kitty, Daisy and Lewis all studied there.
The latest potential chart-topper from the school always had high ambitions, said Mr Case.
“She did get a personal licence for a pub recently, because she was an ambitious girl, and even if she was in a pub all her life, she didn’t neces­sarily want to be the one pulling the pints,” he said. “But singing was her passion, that’s what she always wanted to do.”
Sophie, who wowed judge Kelly Rowland at the X Factor’s “bootcamp” to qualify for the finals, is among the bookmakers’ favourites to win the overall competition.
Mr Case said: “She knew exactly how to deal with rowdy customers, her strategy was to calm them down until they were totally calm, she’d never raise her voice at them, it was all about bringing them down a notch, and it was a definite strategy, probably the best one.
“She would know that they were being out of order, but she would ­never go mad at them. Those are going to be things that she’ll need, to stay calm and not let people get to her, and she’s already got a proper training in that, down here at the pub.”
Sophie had initially impressed singing I Got Trouble by Christina Aguilera in the auditions, catching the eye of N-Dubz singer Tulisa, another of the judges.
Mr Case added: “Tulisa’s from Camden too, so we’ve got two exports for X Factor.

It shows this borough still has a lot of talent. When Amy [Winehouse] passed away Sophie was so upset, because she’s another Camden girl too.
This borough keeps on exporting.

When Amy passed away Sophie sang Valerie in here especially for Amy because she was so upset.

She was always singing Amy and Adele behind the bar.”