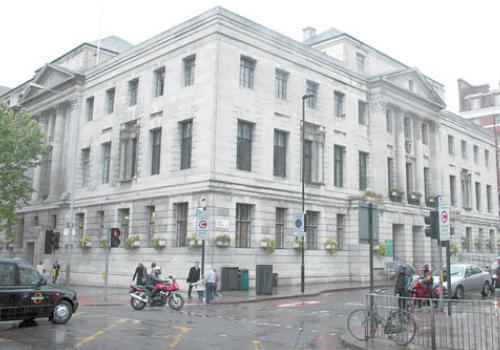 Man accused of taking taxpayers’ cash is cleared of fraud

TOWN Hall officials have admitted they do not know who stole nearly half a million pounds of taxpayers’ money after the man accused of the scam was cleared by a jury.
Police believed it was Fiayyiaz Hussain, 29, who transferred the cash to a private account but he was cleared of the charges at a Blackfriars Crown Court on Friday.
He walked free without commenting on the case.
Earlier, the jury heard details about the chaotic way Camden Council’s business support and financial systems development department was run, with Mr Hussain’s defence barrister John Causer describing it as “crying out to be defrauded”.
Mr Hussain, who lives with his parents and brother in Hackney, had been working as a temp for four months when £405,599 was found to have been sent to a bogus account in September 2008. He was charged with stealing just under £150,000 of the missing funds.
Yesterday (Wednesday) the council refused to answer questions about what went wrong with their investigation and why their auditing team put together a case against the wrong man, instead directing the New Journal to police. Police sources ­suggested it was unlikely that a new investigation would be launched.
The missing cash left a massive hole in the council’s finances. Around £200,000 was stopped before it entered the bogus account and a further £200,000 was covered by Camden’s insurers. But the taxpayer still ended up footing a £10,000 bill in insurance excess charges.
The money was meant to have gone to a building firm working on a ­Camden Town nursery but was ­mysteriously diverted into a fake account – the council only realised when the company contacted them.
Camden’s auditing team tracked the money down to a Birmingham-based bank account. Mr Hussain, who was still working at the Town Hall but preparing to go on holiday to the ­United States within days, was arrested by officers and marched off council premises.
Mr Causer said his client either unwittingly changed the account details after someone passed him a fraudulent slip along with the pile of legitimate ones on his desk, or someone used his computer log-in details.

He also accused the finance department of being such a shambles it was easy for the swindle to take place.
After cross-examining department boss Sue Creech, he said: “On Tuesday she said the whole system was safe, but quickly conceded the whole place was run vastly differently to this. They’ve got invoices a year out of date. [It’s] a department where no one has any clear idea of who works for them [and] even the records are ­inaccurate.”
Mr Causer added: “All these things cast a light on the way that this department is run – and if you’re a person in that department who wants to steal £150,000, you watch that department and think how likely it is that Sue Creech will pick [the fraudulent transfer] up. There’s zero chance, she said so herself. This foolproof system absolutely cries out to be defrauded.”
Earlier Ms Creech had admitted her department was often left chasing invoices from various other departments but was legally obliged to pay out without hard copies.
“There was a good chance we would have difficulty getting the paperwork and we cannot hold up payments,” she said, before describing the problem as “an area we’ve always struggled with.”
Mr Hussain had described how it was not unusual to chase after hard copies of invoices more than a year after the money had been paid out and that he was told to throw away any incomplete paperwork more than 12 months out of date.
Prosecution barrister Benedict Kelleher suggested the department was not watertight. “It wasn’t a foolproof ­system,” he told the court, “and in this case it was quite easily defeated”.
Lib Dem finance chief Councillor Ralph Scott could not be reached last night as the New Journal made several attempts to telephone him.
A council press officer said: “The misappropriation of public funds is a very serious matter and the council has been successful in getting back all but £10,000 of the monies that were stolen.”
He added: “This incident took place 15 months ago and, since then, changes to procedures and processes have been made within the section where it took place to ensure that our internal controls are as robust as
possible.”
CHARLOTTE CHAMBERS

Congratulations Camden on useing the same old excuse that you now have robust controls, this is the same excuse you used following the death of Barney the scaffolder. Many people may think that the only robust system Camden has is the one used to pay very senior managers performance bonus. One gets the feel from reading the report that getting £200,000 back from the insurance company is a positive result? Any right minded person would realise that Camden will repay this monies back to the insurers in future premiums.

I would like to know where the blame will be placed, chief executive, head of finance or a director of level 1 or 2, all of whom earn over £100,000? I suspect there is a "no blame culture at the top" but a the blame culture is alive and busy at the lower ranks of the council as these events show.