Akmal Shaikh: Relatives claim Britain is 'powerless' in the world 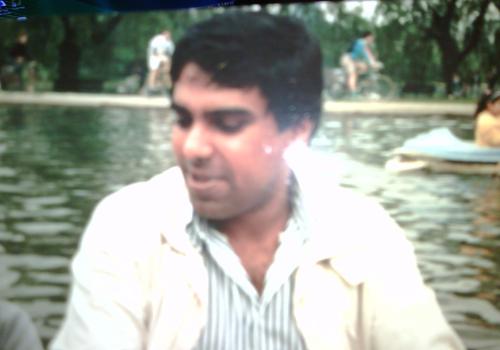 Two cousins of Akmal Shaikh have written to The Guardian newspaper complaining that his case did not get enough media attention as relatives desperately campaigned to win him a reprieve. They also claimed Britain had shown to be powerless after attempts to save him failed.
Mr Shaikh, thought to suffer from bipolar mental illness, was killed by lethal injection in China on Tuesday after being convicted of drug smuggling. The case is now at the centre of an international row with the British government and Prime Minister Gordon Brown openly attacking their Chinese counterparts for carrying out the death penalty.
Amina Shaikh and Ridwan Shaikh said in their letter: "We were shocked that, apart from Sky News, his case received only sporadic media attention during his two years in prison. Only when news was released of his imminent execution did it get the coverage it deserved. Wouldn't more media attention at an earlier stage have applied more media attention at an earlier stage? Wasn't this lack of a coverage an injustice in itself."
Mr Shaikh, who ran Teksi Taxis in Kentish Town before disappearing abroad, was supported by Reprieve, who warned that his trial had lasted little longer than half an hour and that the proceedings were shrouded in secrecy. It is claimed his mental health was not properly assessed, nor the suggestion he was tricked into carrying the drugs.
His cousins, from Croydon, said the British government's actions in China contrasted with those taken in Afghanistan.
"One of the justifications we are told for invading countries like Afghanistan is 'human rights violations'. If it is accepted by all that there are gross violations taking place in China, why aren't they too invaded? This is purely to do with the fact that China is a powerful country economically. Britain's economic dependence far outweighs these 'individual cases'... This is an example of Britain's powerlessness in the world."