Akmal Shaikh is executed in China 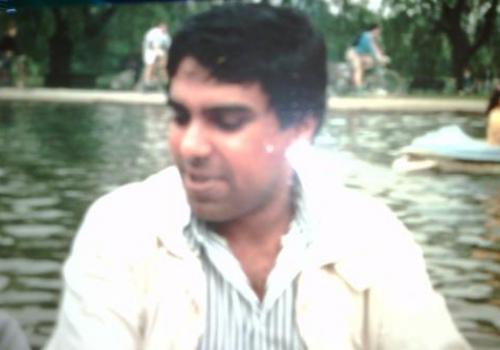 Akmal Shaikh - the former Kentish Town minicab driver convicted of drug smuggling in China - was executed in the early hours by lethal injection.
Last ditch attempts to persuade the Chinese authorities to save the former boss of Teksi taxis in Fortess Road failed.
Prime Minister Gordon Brown said he was "appalled and disappointed".
Mr Shaikh's supporters, including relatives who have flown to China and the charity Reprieve, said he was mentally ill and was duped into carrying £250,000 worth of heroin into the country two years ago.
British Foreign Office minister Ivan Lewis said: "We've made 27 representations over the last two years… and even at this late stage I hope they will see that in a modern world it is not appropriate to put a man with mental illness to death."
Chinese embassy in London said the 4 kilograms of deadly drugs Mr Shaikh was carrying had the potential to cause "26,800" deaths. In a statement, the embassy said: "It is important that the independence of the Chinese judiciary be respected."

Statement from Gordon Brown:
"I condemn the execution of Akmal Shaikh in the strongest terms, and am appalled and disappointed that our persistent requests for clemency have not been granted. I am particularly concerned that no mental health assessment was undertaken."

Statement from Chinese Embassy in the UK:
"Akmal Shaikh was convicted for serious drug trafficking. The amount of drugs he brought into China was 4,03g, enough to cause 26,800 deaths, threatening numerous families. It is important that the independence of the Chinese judiciary be respected. As for his possible mental illness which has been much talked about, there apparently has been no previous medical record."