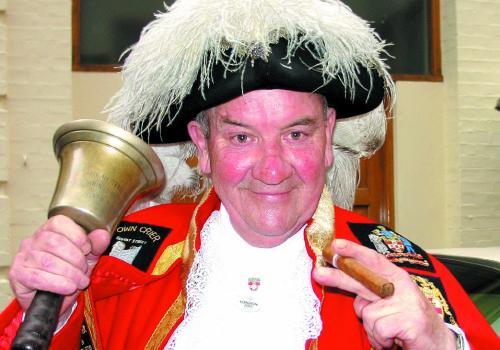 London's town crier, Peter Moore, a familiar face at events in Covent Garden, has died aged 70. It was confirmed today (Wednesday) that he passed away in his sleep at his home in Wandsworth on December 20. Mr Moore attended every New Year's Day parade through the capital, holding the position of London's official town crier for 31 years. He played Mr Sowerberry in the first stage production of Oliver! in 1960 but later devoted his life to promoting London to tourists from across the world. He suffered a heart attack in the summer but had recovered and was working right up to the day before his death.