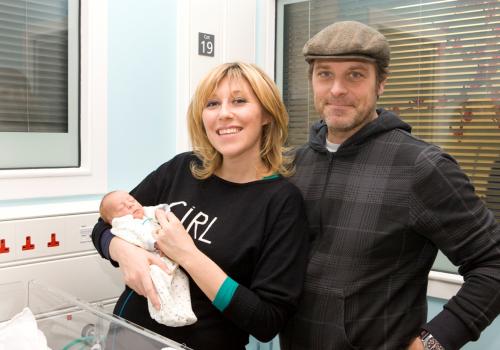 ACCLAIMED folk rock singer Martha Wainwright has praised staff at University College London Hospital for “saving the life” of her baby boy.
Ms Wainwright was rushed to hospital in November after her water broke shortly after performing a gig in the West End.
Archangelo was immediately put on an incubator after being born nine weeks early and weighing just 1.5kg.
She added: “The doctors and nurses at the hospital certainly saved Arcangelo’s life. It’s thanks to the expertise of people at this hospital that he has thrived.”
Ms Wainwright invited 14 members of UCLH staff, and some parents she met in the neo-natal clinic, to her latest gig at the Royal Albert Hall.
The Canadian singer added: “People living under a public health system will have a tendency to complain about it. But when you are in it and you really need it, that system comes through for you. There’s a deep understanding here that the first priority is the patient and that is obvious in the quality of care we have received.”