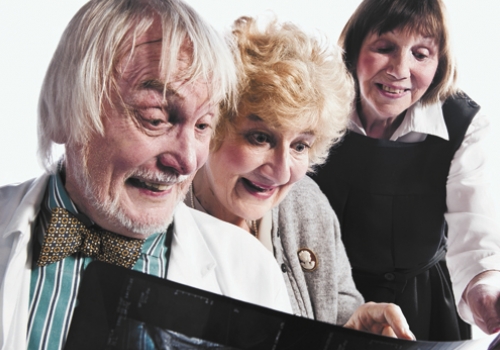 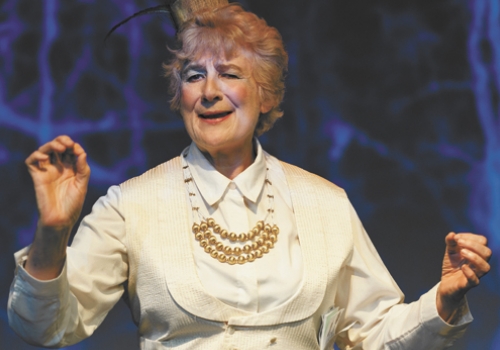 EVER get the feeling you are not quite as sharp as you once were?

Perhaps you have left home without your keys – again – or find you forget details from stories after just a few days?

The crossword clues are taking a little longer to solve, let alone the Sudoku.

It is a slow march to oblivion and cognitive decline.

Natural deterioration of cognitive skills like making rapid comparisons or puzzle-solving can begin before you reach your 30th birthday.

In an aging population – the fastest growing age group in this country is the 80-85 bracket – there has been an explosion of interest and research.

The Wellcome Trust, in Euston Road, has recently commissioned a play about cognitive decline starring actors from the Spare Tyre Company, which rehearses in Pirate Castle, Camden Town.

Actor Vicky Lee, a dentist for the past 40 years in Primrose Hill, performed in Still Life Dreaming, about an epic academic study monitoring the intelligence of a Scottish children through to adulthood.

Camden actors Jim Mulligan and Sieska Cowdrey were also in the show that explored the human stories behind the research and won four-star reviews following an acclaimed run at the Edinburgh Festival.

Ms Lee said: “Our audiences were lovely and lots of the Lothian Birth Cohort members came to see the show.

“What was interesting about the research was how some 70-year-olds were at the same level as some aged 11.”

Recent research found that a number of medical conditions including diabetes and atherosclerosis – the fatty clogging of arteries which can lead to heart attacks and strokes – can greatly increase the risk of cognitive decline in old age.

She said: “I go to the group each week and I was recently elected woman of the year – and given a big sash. I lost 50lbs. It’s very interesting because you can eat as much food as you like – nothing is barred. I like it because it’s very doable.”