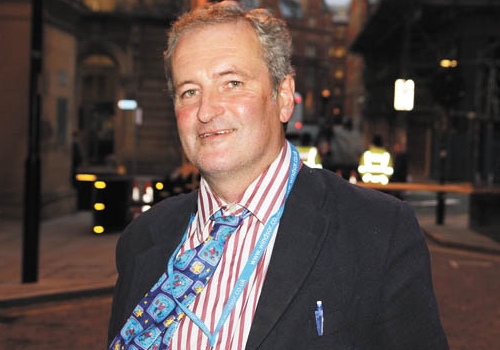 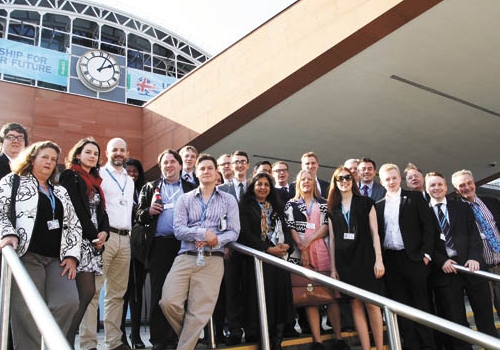 CONSERVATIVE transport secretary Philip Hammond was told to “bite the bullet” and scrap the entire plan for a £32billion high-speed rail link between London and Birmingham as he was challenged by a member of his own party on Monday evening.

Belsize councillor Jonny Bucknell told him that money should be invested in the existing rail network and suggested the south-west of the country was in most dire need of help.

He asked a conference fringe meeting: “What about the line to Cornwall? Once you get past Plymouth it’s a cart track from there on.”

Cllr Bucknell broke from official party policy in Camden by wanting not just amendments to the plans for High Speed 2 (HS2) but for it to be cancelled in its entirety.

He told the meeting that he could not be dismissed as a “NIMBY” because the route had been altered so that it no longer affected his Primrose Hill home.

“The arguments against are so factual, so well argued, why don’t we just bite the bullet and scrap this plan and invest in the existing network,” he said. “We need to invest in the whole rail network, not just one line.”

His intervention came as Mr Hammond spoke at the fringe event hosted by trade magazine Transport Times, whose editor Professor David Begg is in favour of the project.

After delegates and party members had listened to the transport secretary, snacking on chicken and chorizo skewers in a conference room at the Radisson Hotel as they did so, Cllr Bucknell rose to his feet to offer his sharp criticism of the scheme.

Despite cuts in public spending, the HS2 scheme has remained high on the government agenda and is increasingly commanding column inches in national newspapers.

There were several fringe meetings on the issue this week in Manchester with supporters relishing the idea of eventually linking it up in a Y-shape with cities in the north.

Critics argue that while there is an official government consultation process in progress, coalition ministers including Mr Hammond already speak in high praise of the idea – giving the impression at least to sceptics that a decision has more or less already been taken.

Mr Hammond and others insist the project will bring economic benefits to the Midlands and beyond, closing a north-south divide.

In response to Cllr Bucknell, he said he “simply could not agree”.

“If we are going to rebalance the economy we have to do it with our great cities and urban conurbations,” said Mr Hammond.

“They are the drivers of economic growth and at the moment we are not using the potential of some of our great conurbations.

I want to stay in the game. I want my kids to have the same chances that I’ve had and simply can’t side with the people who appear to say that there is an alternative option which is not to do anything.

Carrying on as we are is not going to keep us in the game.”

Nevertheless, protest groups have formed across the country, not least in Camden where the project would lead to the demolition of council estates around Euston and disruption as the route beats its way north through the borough.

The confrontation on Monday night had echoes of a similar exchange between Lib Dem transport minister Norman Baker and Camden councillor Paul Braithwaite during a fringe meeting at the Lib Dem conference in Birmingham last month.

The Lib Dems, however, are the only party locally who oppose the scheme in its entirety, unconvinced by the economic or environmental case.

Cllr Bucknell said local Tories had not had a debate about HS2, a point disputed by the leadership.

He conceded there were differences of opinion within the group about what scale of opposition should be adopted.

But he added: “Philip Hammond seems totally absorbed in the argument coming from the railway industry, which is subsidised to the tune of £5bn a year and is convinced that everybody is going to be travelling by rail when they might not be.

“He thinks he cannot listen to the arguments of the opponents who are studying it in factual terms.

“To say that we want jobs for our children is one thing, but all the kids in Cornwall will be on the dole.

“There’s nothing but summer time tourist jobs for them. We want industry spread out across the whole country, but Manchester and Leeds and places like that need to be great places to live and work on their own merit without having to hurtle up and down the country.”

Camden Tories group leader Cllr Andrew Mennear, who did not attend the conference, said: “Jonny is entitled to his opinion but the group’s position is not that HS2 should be completely cancelled.

“We recognise that people would appreciate getting to destinations quicker than they do at present.