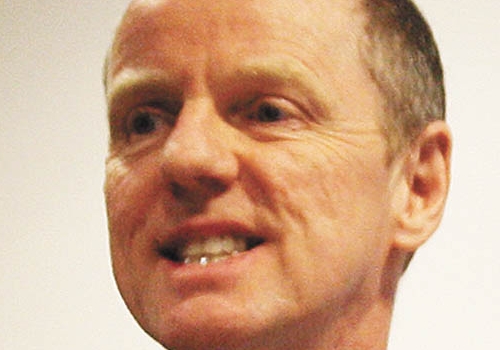 A SENIOR government minister says governors who wanted to turn Haverstock School into an independently run academy should “try again in a couple of years”.

Nick Gibb (pictured) told the New Journal that he expected all schools, including every secondary in Camden, to take on academy status at some stage.

The move at Haverstock, in Chalk Farm, which would have seen the school become the first Camden secondary school to break away from council manage­ment, collapsed last week.

Governors had voted in favour of “exploring” the switch, but the plans were halted as staff threatened to rebel against the idea.

Headteacher John Dowd said he would not let the school be distracted by placing it at the centre of a politicised debate about the rights and wrongs of academies.

But Mr Gibb said: “The power lies with the governors and if they have been scared off then it is a shame.

“What they should do is to try again in a couple of years. It is the governors who have the final decision, there is nothing more we can do.

“What parents could do is stand for election as governors and get their views through that way.

I think all schools will move to academies, but some boroughs, some areas have been slower to move than others on this.”

Mr Gibb, effectively Secretary of State Michael Gove’s number two at the Department for Education, spoke to the New Journal after appearing at a fringe meeting at the Tory conference organised by the National Union of Teachers.

His comments will be encouraging to the sections of parents and governors who were disappointed that the idea of a change of control at Haverstock did not get a wider debate.

Supporters of the academy model, which Mr Gove praised repeatedly during conference week, believe competition between schools can raise standards.

They also think it pushes important decisions affecting schools to experts in the field rather than council officials.

But critics say schools are better off working together than in competition and there is a risk that academies with the best resources would attract the pupils most likely to achieve academically.

Camden is in a unique position compared to its London neighbours with existing schools so far choosing to stick with council support rather than break away.

The “family” relationship between the borough’s secondary schools is often celebrated.

Camden Conservative group leader Councillor Andrew Mennear said: “There was clearly a feeling among some parents that the academy idea was worth exploring, and it was just exploring at this stage.

So it is a great shame if it was turned around by staff before they got the chance to discuss it.”