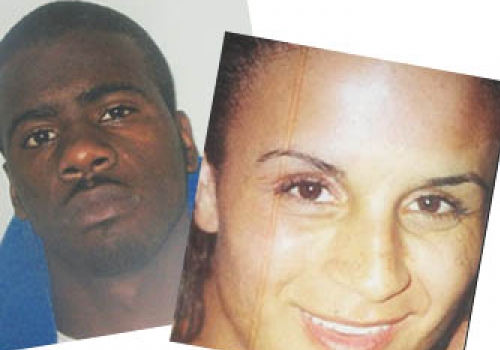 A MAN has been convicted of killing a sex worker for the second time following a four-week retrial.

Leon Fyle, 23, will be sentenced at Southwark Crown Court on Friday for murdering Destiny Lauren, 29, at her flat in Kentish Town.

The accused has protested his innocence since being arrested in 2009.

Earlier this year a Court of Appeal ruled his original conviction “unsafe”, triggering the second trial.

“Her life was abruptly ended when Leon Fyle, a young man she had never met before, murdered and robbed her in her own home.

”She added: “Fyle has never shown remorse for what he did and instead put Destiny’s family and friends through the trauma of a second trial.”

Ms Lauren was a pre-operative transsexual who changed her name from Justin Samuels and began a new life living as a woman when she was 17 years old.

Her uncle, Paul Hill, was one of the Guildford Four, who were wrongly jailed for 15 years for pub bombings they didn’t commit.

The court heard that on the night of her murder Fyle telephoned Ms Lauren and met her at her flat in Leighton Crescent.

He had sex with her before, the prosecution said, he strangled her and ran off with her jewellery, mobile phone and £350 in cash.

He then took the bus to King’s Cross where he visited a brothel and spent £250 of the stolen money there, the court heard.

Ms Lauren’s brother, Lyndon Samuels, discovered Ms Lauren lying on her bed, naked and badly beaten, soon after the attack.
She was taken to the Royal Free Hospital in Hampstead and pronounced dead shortly after arriving.

At his first trial, the court was told that

Fyle had lived a troubled life since spending his childhood in care homes and on the streets in gangs.

His first conviction for robbery was at the age of 12.

By the age of 16 he had stabbed a man in the chest and left him for dead in an alleyway in south London.

He was arrested in November 2009 and sentenced to a minimum of 21 years at a hearing in August last year.