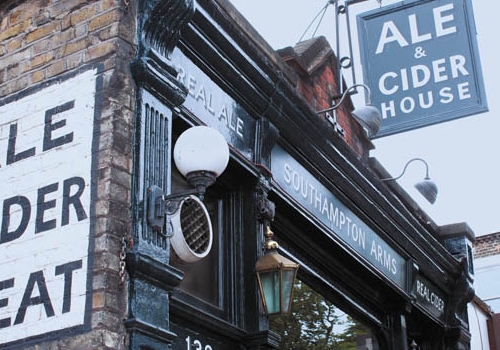 BEER enthusiasts have crowned a Kentish Town pub the best in the capital.
The Southampton Arms in Highgate Road has won the Campaign for Real Ale’s (CAMRA) “Best Regional Pub” prize.
It will now go on to compete against 15 other locals across the country for the title of National Pub of the Year, with an announcement set to be made early in 2012.
Landlord Peter Holt, 35, said: “So many of the old pubs are turning into gastropubs and it’s increasingly difficult to find a pub where you can just go in and get a pint. We’ve gone back to the way ale houses used to be.”
John Cryne, chairman of CAMRA in north London, said: “They do what good pubs used to be able to do.

They provide an ever-changing range of good beers that are always in good condition.”