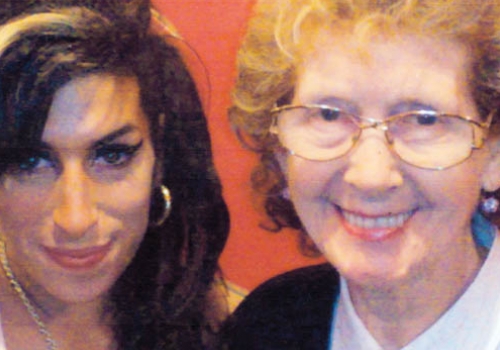 AMY Winehouse would pop up behind the bar serving customers at some of Camden Town’s best-known bars.

It was seen as a way of hanging out in the places she had fallen in love with as a teenager and young woman without her fun being ruined by customers, journalists and photog­raphers.

She loved jumping behind the bar at The Hawley Arms in Camden High Street, which she paid tribute to when winning her Grammy after the bar was temporarily closed by fire.

Another of her favourite stops was The Dublin Castle in Parkway where she struck up a friendship with its legendary landlady Peggy Conlon. It is recognised that one of her greatest ever performances was given in the bar’s intimate back room during the Camden Crawl festival.

Mrs Conlon told the New Journal: “She kept putting her arm around me and saying, ‘I love you’.

“She would always ask how I was and want to know what was going on. She was only a little, thin girl. It is such a waste.”

She added: “There was the odd time when somebody would say: ‘Is this what you do now, you don’t make records?’ If they were cheeky, she’d keep their change to put them in their place. She would just turn up and get behind the bar.

“There was one night when somebody touched her bottom and she turned around and said: ‘No, don’t do that’. That’s all she did – but it was in the papers next day as ‘Amy lashes out in the pub’. That was the Daily Mirror. It hadn’t been like that at all.”

Mrs Conlon’s son, Henry, who manages the venue, said: “The bar itself acted like a little barrier, just a little one, between her and everybody else.

“It gave her just a bit of protection but allowed her to be out in Camden Town. She didn’t just do it here, she did it in lots of pubs in the area. She became the angel of Camden Town and people will be thinking about how to pay tribute.

“We could have a parade for her through Camden Town – I think a lot of people would get involved in that idea.”